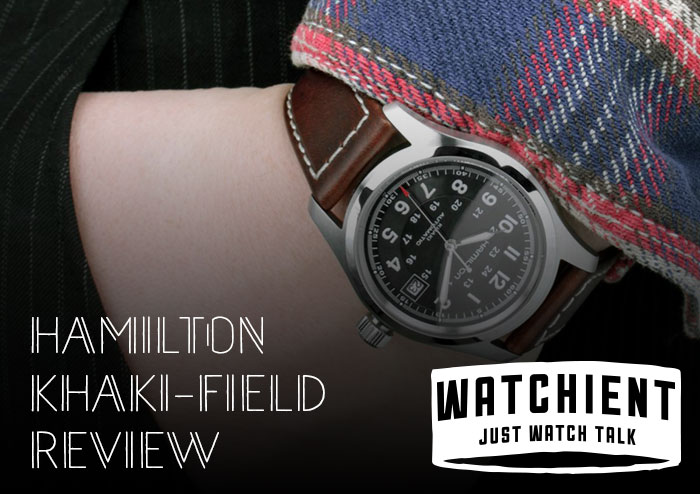 Not too flashy, but has all the basic features (and maybe even more!) of an everyday wristwatch, the Hamilton Khaki Field Automatic watch is worth a second glance.

Originally established in the US, the brand is now a Switzerland-based company that’s been in the industry since 1892. While it’s not exactly what you can call a luxury timepiece brand, it sure offers chic and dependable casual watches under the $400 mark such as this military field watch model.

Let’s breakdown the details of what you can expect from the Hamilton Khaki in case you’re in the market for one of the best field watches out there.

What’s a casual watch if it doesn’t have the good looks, right? Fortunately, you can be sure that this mens Hamilton watch has enough to wow you, although the aesthetics aren’t jaw-dropping or out of the ordinary. It may look like your typical everyday timepiece with a brown leather strap and polished frame.

In fact, it’s too polished, that it may strike you as somewhat shiny and eye-catchy. This may not go too well for fans of matte bezels, though.

Moving on to the strap, you’ll love how it feels strong and appears thick, which should just be perfect for guys who are into broad watch straps. It’s not one you can ever accuse of being flimsy, and there’s a snug feel to the watch once securely worn around your wrist.

If you’re not fond of the color, you should be able to find an excellent replacement. We feel the reddish-brown shade of the strap may be too loud for those that are used to black or dark brown.

We like the good visibility of the hour and minute hands. At night, these glow with a green lume, which makes it easy to tell the time during dim light situations. The hands are also mounted in a straight position, and they appear relatively secure when you adjust the time.

It’s quite unlikely for the hands to fall off, and this is a comforting thought since this issue is typical with cheaper watches.

The case looks sturdy with a solid build and design. We didn’t notice any defects or substandard quality in the workmanship. But there’s a bit of a concern with the crystal due to its slightly domed style. There’s also no anti-reflective coating to it, but it’s not a deal-breaker considering the ease in telling the time despite of this feature, or should we say, a lack of it.

We dig the bold and legible Arabic numerals, which we think is far better to read than Roman numerals. The black dial also matches the stainless steel bezel since it adds some contrast. Another thing about the numerals is the luminous quality, along with the second and sub-second markers found around the scale.

There’s also a date display with a white highlight, and it’s found on the 3 o’clock position. No matter which angle you look at it, it’s clearly legible, which we really like.

This watch Hamilton has made uses the ETA movement, specifically the ETA 2824-2. Basically, what this means is that you can hand-wind the watch via its crown. This is a great feature since it allows you to wind the watch back to its full reserve in a snap.

It’s also worth noting that the 2824-2 movement is a genuine workhorse that makes sure it offers maximum reliability with its’ chronometer-level accuracy.

This watch is expected to deliver an accuracy of +/- 7 seconds per day, but will not go beyond 20 seconds. The movement is also known to be highly dependable, and it’s used by numerous watch manufacturers worldwide.

Durability
Is this the kind of watch that can withstand abuse?

You surely can bet on it!

The Khaki Field is tough, thanks to its’ sapphire crystal and stainless steel case that make the watch rust-free. Even if it’s exposed to moisture or sweat, there’s no risk of corrosion. If the case does get dinged, refinishing this part shouldn’t be a problem at all.

Going back to the crystal’s design, you’ll notice the slightly domed appearance that also serves as a scratch protection. Unless someone strikes the crystal with a baseball bat head-on, it’s bound to shatter into pieces. But since it’s not something that happens on a regular basis, then the crystal should last for a long time.

Do you take a shower with your watch?

Not an issue with the Khaki Field, since it has a 100-meter water resistance rating. This means that it’s completely safe if your watch gets wet when you wash the dishes, or you’re walking in the rain, or even if you happen to forget to take it off while in the shower.

Some Considerations
Like we said, the leather strap is a beauty, but it’s a little on the stiff side. The width does not help at all in reducing the stiffness, so we recommend you to “break in” this watch (by wearing it continually for a week) until it gets more comfortable against your wrist.

The bright side of the stiff leather, however, is the obvious solid and sturdy quality of the material.

Are you into add-on features when it comes to a casual watch such as the altitude, day of the week, or stopwatch? If so, the Khaki Field may be a disappointment for you. But if the basic time-telling feature is all you need, then this watch is good to go.

Back to the face of the Hamilton Khaki Field 42mm. We have to admit – the shiny rim around the crystal looks gorgeous. The only time this can turn out to be a drawback is once this part gets scratched. A brushed steel all over would be better since it makes scratches less visible.

The Verdict
Would you think twice about buying the Hamilton Khaki Field Automatic 38mm?

If we were you, we wouldn’t.

For its price, it’s a keeper – with a vintage, military design, along with a well-made design that makes it a low-maintenance timepiece.

While there may be some minor concerns with the watch such as the stiff leather strap, highly polished domed crystal, and a little faint glow of the hands, we think that it’s solid watch that’s worth every dollar. 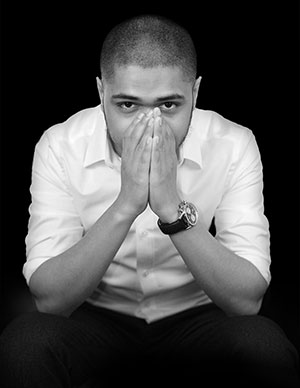 This site was created as a go-to resource for people looking into affordable mechanical watches.